Clear, succinct and bullish approach to Party Wall and Neighbourly Matters. Providing sound advice with over 50 years’ experience on prestigious, landmark schemes both commercial and residential.

Whilst using cutting edge technology, we work alongside developers/architects to ensure the maximum envelope for each project. 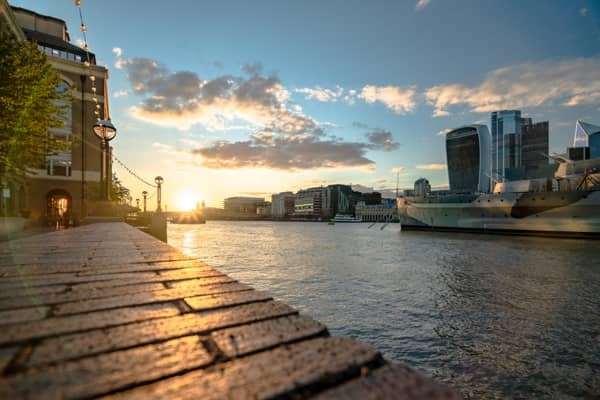 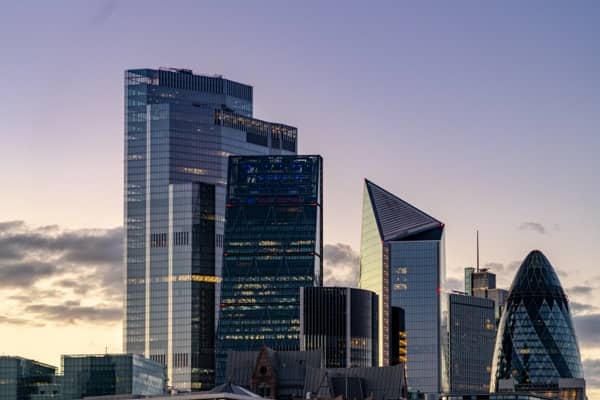 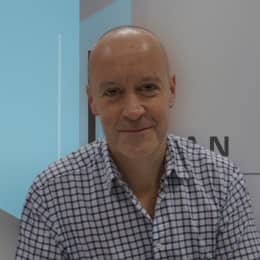 Mark founded the practice in 2007 as a multidisciplinary neighbourly matters practice.

Having become a Chartered Surveyor in 1998, he joined international property consultants King Sturge in 1998 where he developed and expanded the neighbourly matters service. Mark made partner and continued his expertise with Delva Patman where he worked for 10 years.

Mark is co-author of the RICS guidance notes for Party Walls and Daylight/sunlight. He oversees and advises on all projects with members of the team. Mark regularly acts on landmark schemes as the appointed party surveyor for owners and secures awards as a priority in a robust manner to accommodate critical paths. He has an enviable track record in securing the best settlements for our clients.

Mark is an experienced tennis player and regularly wins tournaments although he rarely divulges that they are in the 45+ category. He enjoys golf and wishes he had more time to get the rounds in. 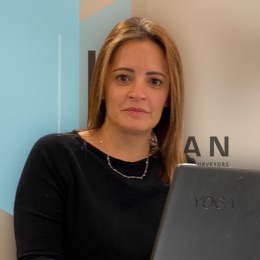 Louise has been a Chartered Building Surveyor for over 20 years and joined the practice as a Director in 2009 following ten successful years at King Sturge International Property Consultants as a Partner within their Project Management Team.

Her robust and personable attitude leading projects ensures that her clients’ objectives are fully understood and executed by the team that she carefully selects for every project.

Louise has a long-established track record of new build, fit-out and refurbishment projects within the commercial, retail and residential sectors.

Alongside her project Management role, Louise assists Mark with the day to day running of the practice and oversees all compliance matters for the firm.

In her spare time Louise enjoys tennis and is an avid Rugby supporter, especially on the sidelines watching her sons play. She recently started playing golf and soon perhaps will give Mark a run for his money on the golf course. 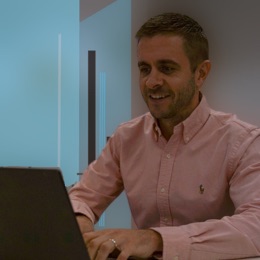 Lewis has over 11 years’ experience as a Building Surveyor and has spent the past 9 years specialising in The Party Wall etc. Act 1996 and neighbourly matters including access licences and scaffold or oversail licences.

Having worked for Anstey Horne and David Maycox & Co, Lewis has worked on a number of high profile developments including One Tower Bridge, Cotswold Mews, 61-65 Charlotte Street and more recently major developments such as the renovation of Camden Palace and the development of London’s Royal Dockyards. Lewis has a vast amount of experience with acting as both Building Owners’ surveyor and Adjoining owners’ surveyor and is happy to proficiently discharge either role.

In his spare time, Lewis enjoys playing golf at Harpenden Common GC and has a season ticket at Tottenham Hotspur which doesn’t go down well with Mark or Naomi (active Arsenal fans). 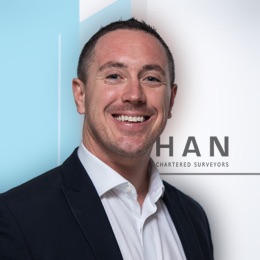 He has developed a full skill base delivering a broad range of building surveying services for commercial, public sector and residential clients. Ian’s extensive experience and proven track record of developing and maintaining strong client relationships is a strong advantage to any project team.

Ian is proficient in building construction and providing building advice & pathology which is a particular benefit when dealing with Party Wall Matters, damages, claims and providing clear advice.

Travelling is a passion for Ian and he has spent several years in his informative years exploring Europe, South‐East Asia, America and Austral Asia. 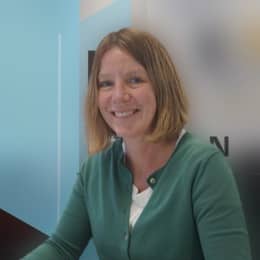 Sarah has been an experienced Chartered Surveyor since 2000 and is a member of the Pyramus and Thisbe Club.

Sarah has had an impressive career specialising in neighbourly matters for over 20 years as well as experience in dealing with daylight and sunlight matters, assisting client planning applications and providing advice in respect of rights to light.

In her spare time, Sarah plays netball for a local team where they remain happily mid-table. She is involved in a Church in Hitchin where she assists with an online wellbeing group amongst other things. Running, cycling and entertaining her Cavapoo dog keeps Sarah and her family busy! 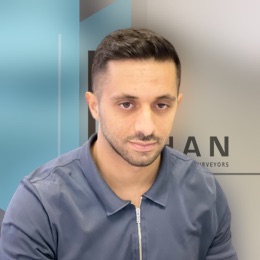 As a Party Wall Surveyor, he has taken the lead on complex developments, including the Chinese Embassy and the residence of The Brunei Government in Norfolk Square. In addition, his understanding of building pathology helps provide clients with advice on damages, which is beneficial when dealing with Party Wall Matters.

He is a keen traveller, enjoys live music and Japanese cuisine, particularly the traditional Omakase Shimasu, which roughly means “I trust you, (chef). 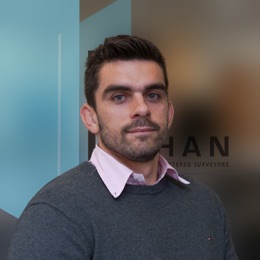 Ben is undertaking a postgraduate Masters degree in Building Surveying.

As a professional rugby player for the last six years, Ben thrives on being part of a successful team and continues to improve his skillsets. He has excellent communication, leadership and management skills. His positive attitude and ability to problem-solve have been a crucial component in coaching a successful team and has allowed him to continue to adapt to challenging situations in party wall surveying and his career path to becoming a chartered surveyor. 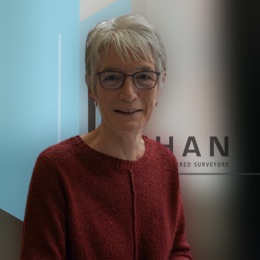 Naomi joined the practice in 2011 and has exceptional experience in administering all party wall and neighbourly matters for the team. Furthermore, she has been instrumental in formulating and streamlining the firm’s processes to assist the team in executing their services as Party wall surveyors and in dealing with Rights to Light matters in an efficient manner.

Naomi has a love of dogs and has recently brought a new addition to her family called Iwan. She loves walking Iwan and is an avid Arsenal supporter and loves watching all sports. 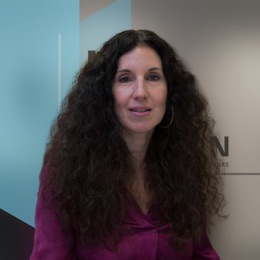 Nicole joined the firm in 2019 to work alongside Naomi in administering all requirements for the team. Nicole previously spent many years as a legal secretary and has experience working at a surveyors practice and understands the fundamentals of all party wall and rights to light processes involved. Having a high level of support for all surveyors is paramount which enables instructions to be dealt with in a timely manner. 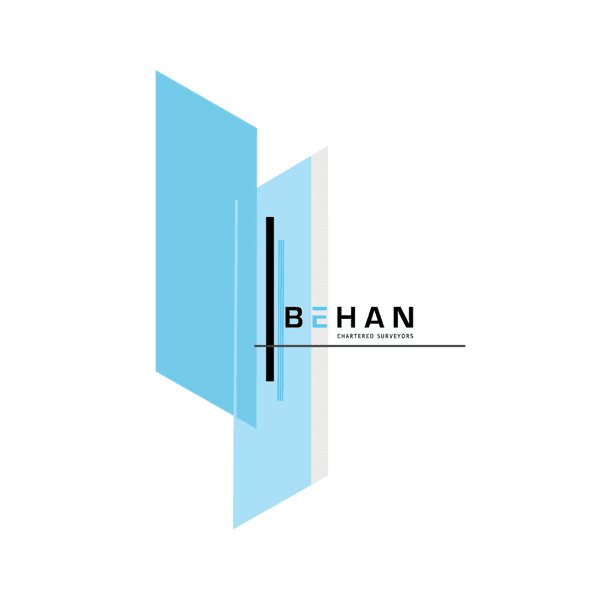 Mark Geddert, Graham Fox and Martin Fox are our expert Rights of Light CAD technicians with over 40 years’ experience in the industry. 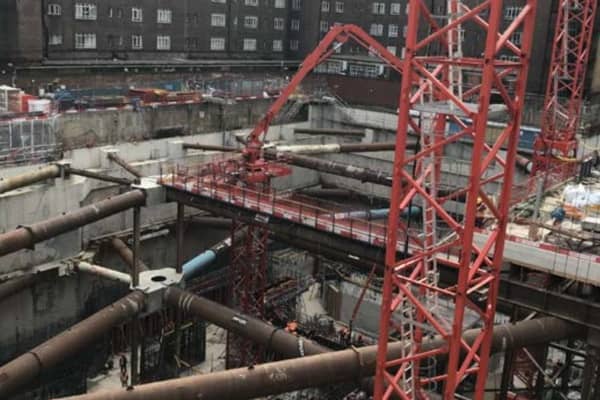 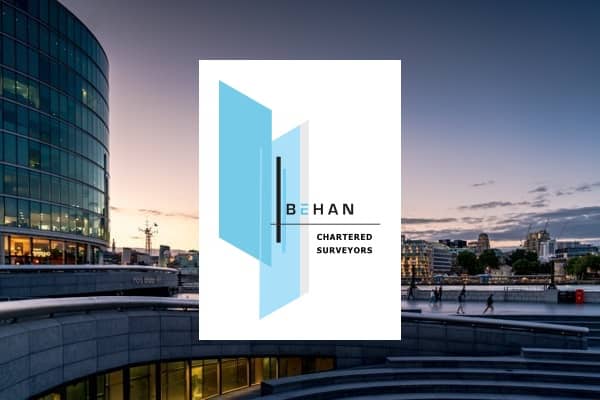 Behan are recruiting for our new London office

We are currently looking to recruit an assistant and Associate/Director party wall surveyors. Contact us for more information. 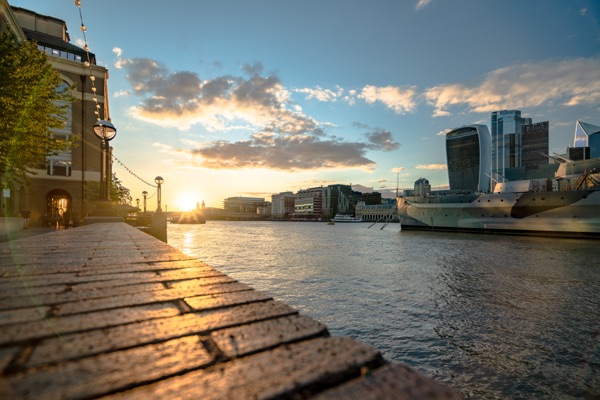 “The Crown Estate have been using the services of Behan Partnership since 2007. They have provided Rights of Light, daylight and sunlight and Party Wall advice on a number of our prestigious projects varying in size and complexity…

We use cookies on our website to give you the most relevant experience by remembering your preferences and repeat visits. By clicking “Accept”, you consent to the use of ALL the cookies.
Cookie settingsACCEPT
Manage consent

This website uses cookies to improve your experience while you navigate through the website. Out of these, the cookies that are categorized as necessary are stored on your browser as they are essential for the working of basic functionalities of the website. We also use third-party cookies that help us analyze and understand how you use this website. These cookies will be stored in your browser only with your consent. You also have the option to opt-out of these cookies. But opting out of some of these cookies may affect your browsing experience.
Necessary Always Enabled
Necessary cookies are absolutely essential for the website to function properly. These cookies ensure basic functionalities and security features of the website, anonymously.
Functional
Functional cookies help to perform certain functionalities like sharing the content of the website on social media platforms, collect feedbacks, and other third-party features.
Performance
Performance cookies are used to understand and analyze the key performance indexes of the website which helps in delivering a better user experience for the visitors.
Analytics
Analytical cookies are used to understand how visitors interact with the website. These cookies help provide information on metrics the number of visitors, bounce rate, traffic source, etc.
Advertisement
Advertisement cookies are used to provide visitors with relevant ads and marketing campaigns. These cookies track visitors across websites and collect information to provide customized ads.
Others
Other uncategorized cookies are those that are being analyzed and have not been classified into a category as yet.
SAVE & ACCEPT